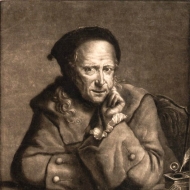 In 1995 the Ensemble Guidantus began to play. They are an Italian chamber group that has distinguished for their sparkling performances and a constant aestetic and philological study. The repertoire of Ensemble Guidantus covers the entire production of Antonio Vivaldi, particularly the unpublished or rarely performed pieces, as well as other celebrated composers of '600 and '700 such as Arcangelo Corelli, Benedetto Marcello, Giovanni Battista Pergolesi, Domenico Scarlatti and Domenico Cimarosa. But it's their research to distinguish the work of the Ensemble; in 2012 they published the world premiere of sonatas for violin and harpsichord by Carlo Tessarini (1690-1766) and, in the same year, they enhanced the work of Pablo De Queipo Llano (1971), a young Spanish composer and musicologist who can be defined 'neo-baroque' for its ability to express even today the schema of that period.