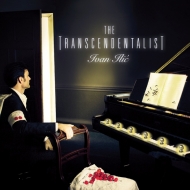 In piano repertoire the word transcendental evokes the Transcendental Etudes by Franz Liszt. Liszt used the word to describe the extreme difficulty of the music. It is ironic that transcendental has become associated with virtuosity; the word is usually linked to spirituality and contemplation. This CD, The Transcendentalist, is an exploration of meditative music. It traces a mood from the miniatures of Alexander Scriabin to John Cage and Morton Feldman, all the way to a new work by young American composer Scott Wollschleger (1980). John Cage once said: 'I would like every man to fix their attention on themselves'. The Transcendentalist encourages this introspection. Through the patient, refined playing of Ivan Ilić, we have access to a world beyond, a soothing world of inner peace.

You are here:Home»Highlights»First listen: Ivan Ilić