The Burgmüller studies as performed by Aki Kuroda 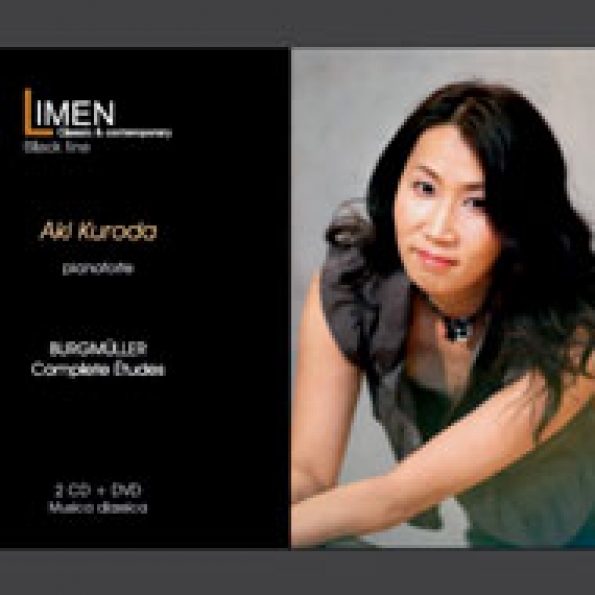 Johann Friedrich Franz Burgmüller (1806-1874) was born in Regensburg, but spent most of his life in Düsseldorf and in Alsace. At the age of 26 years decided to move to Paris; here Burgmüller became famous as a piano teacher and published several arrangements of folk music and music for ballet, favoured by the hectic social life typical of Paris in those years, in which the demand of pieces for piano was great. He achieved a good success composing music for the ballet La Peri; however, he returned to concentrate on teaching piano and, at the age of forty-five, he composed the works that decreed his celebrity: the three Piano Études Op. 100, 105 and 109.

The 25 Études Op.100 have been played for a long time by many performers from different countries. Although this work is often mentioned as studies for children, you can discover, carefully considering each individual song, how these studies are valuable and cannot be restricted only to certain age groups. The pieces with the more attractive titles, such as Adieu, Consolation, Inquiétude and Ave Maria might be seen as a continuous story, regarding the 25 Études as a one suite.

The 12 Études Brillantes et Mélodiques Op.105 need a much more virtuosic technique than the previous ones. Although the single pieces of this opera have no titles, they possess highly expressive and melodic lines and evoke wonderful images.

In the 18 Études Op.109 a title for each work reappears. The technical level required is midway between the two previous Études. Their characters so emerge: passionate Les bohémiens, picturesque Cloche des matines, sounding like a musical box Serenade, like a story the sequence of Orage and Refrain du gondolier: all the pieces have deep fascination.

The box also includes the Fantaisie Brillante Op.92, inspired by a theme of Ernani by Giuseppe Verdi, and Souvenir de Ratisbonne Op.67, whose theme was used in the famous ballet Giselle by Adolphe-Charles Adam, wich Burgmüller took part in writing part of music.

Aki Kuroda is a Japanese pianist; she graduated at the Tokyo National University of Fine Arts and later specialized in Italy, where he lives. She has obtained her Diploma with honours from the Accademia Musicale Pescarese. Winner of numerous awards in classical music, Aki Kuroda also stood out for its contemporary repertory: she is also known for her bold interpretation of pieces by Astor Piazzolla, contained in two CDs Tango Prelude and Tango 2000. With her third album Tarkus & Pictures at an Exhibition she even achieved the fans of rock music, gaining the appreciation of the musician Keith Emerson.