On the scene in Venice "Atys," the tragédie lyrique by Niccolò Piccinni 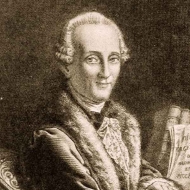 Sunday 23rd September, at 5:00 pm, at the Scuola Grande San Giovanni Evangelista in Venice, the Soloists of Le Cercle de l'Harmonie propose some extracts in form of concert from Atys, the tragédie lyrique by Niccolò Piccinni.

When they were performed at the Versailles Court, the music was reduced: 4 or 5 singers, an orchestra with around a dozen musicians and a libretto that was reduced to a cantata. With these miniature works the France of Louis XVI and Marie Antoinette coveted a return to the splendour of the Sun King. Drawing on the librettos that Quinault wrote for Lully around 1680, the end of the French eighteenth century reminds Europe of its past literary grandeur. In this piece, Niccolò Piccinni, a composer of the Neapolitan school, enhances Italian lyricism: four heroes of the greatest psychological depth embody their humanity with virtuoso arias full of pathos.

You are here:Home»BLOG»Events»Music»On the scene in Venice "Atys," the tragédie lyrique by Niccolò Piccinni