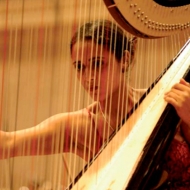 The team of Palazzetto Bru Zane in Venice presented the Festival 'Le salon romantique', a series of concerts and lectures in the programme of the month of February.

Le 'Salon romantique' is a cycle of concerts and conferences with musicologists and art historians during the Carnival of Venice 2013 season and the special event Donne a Venezia. This is, in short, the diversiﬁed events programme that Palazzetto Bru Zane is offering within the next few months. 'Le salon romantique' is a foray into the domain of chamber music. The composers and the history of nineteenth-century music adopted salons as the true show-cases of culture, places for experimentation and reﬂection on profound emotions. What better venue than the concert hall of Palazzetto Bru Zane, with dimensions that correspond to nineteenth-century salons and offer no barriers between the performer and spectator?

14th March 2013, 6.00 pm
The virtues of a family: the Zane between art and history
Conference by: Massimo Favilla and Ruggero Rugolo

You are here:Home»BLOG»Events»Music»The Festival 'Le salon romantique' on stage at Palazzetto Bru Zane in Venice