The string Quartets by George Onslow 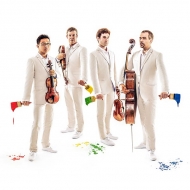 In 1830, shortly before he wrote the three quartets Op.54, 55, 56, George Onslow had already composed an extensive corpus of chamber music that amounted to fifteen string quintets, and nine piano trios. This output is comparable in quantity to that of a Classical composer like Haydn or Mozart, but stylistically it is already the work of a pre-Romantic. Although by now regarded throughout Europe as one of the leading composers of instrumental music, Onslow was to go through a difficult period after the quartet formed by Pierre Baillot gave the first Paris performances of Beethoven's String Quartets Op.131 and 135 in 1828. This unprecedented music provoked reactions ranging from the enthusiasm of a few people to the lack of understanding of the majority. It had a lasting impact on Onslow. At once fascinated and disconcerted, he rejected these works as 'extravagant' and potentially capable of threatening the raison d'être of his own output. Both his pride and his artist's soul were stirred to action, and after a period when he had seemed to have lost interest in the string quartet he set to work once more with a totally renewed aesthetic language. This return to chamber composition came just after he reached his forty-sixth birthday. He now composed at a pace he had never before attained: between 1830 and 1834, he published his Op.39-56 (nineteen quartets and quintets, not forgetting two symphonies), which form a key corpus in the history of french music in the first half of the nineteenth century. This period of intensive productivity generated some exceptional moments of inspiration. The discovery of the late Beethoven quartets troubled him enough to prompt a far-reaching process of questioning and a fundamental reflection on his art. As a result one may observe, notably, his abandonment of the textual repetitions to which he was prone, a sustained effort to achieve formal inventiveness, an increased dramatization, and a preoccupation with formal cohesion. All three works are dedicated to instrumentalists: Op.54 to a certain Gosselin (probably the violinist mentioned as a member of the Athenée Musical of which Onslow was president for a time); Op.55 to Philémon de Cuvillon, a minor composer but above all leader of the Société des Concerts du Conservatoire; and finally, Op.56 to the great cellist Alexandre Chevillard, one the foremost champions of the chamber music of his time.
(By a presentation by Viviane Niaux)

You are here:Home»Highlights»The string Quartets by George Onslow