The Instrumental Music at the time of Stradivari in Cremona 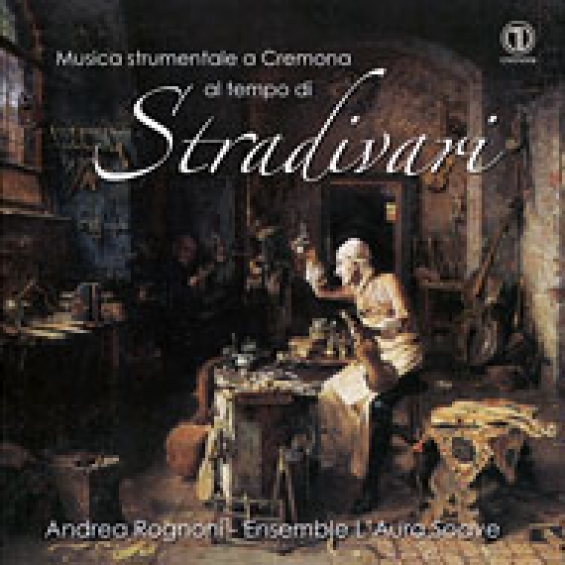 Antonio Stradivari is universally considered the greatest violin maker of all times. His instruments, survived until our days, are about six hundred, including violins, violas and cellos. Most of them are still played, researched and considered as the "ultimate" by the most famous and acclaimed soloists, as well as collectors and even museums and art galleries.

Why Antonio Stradivari is so important and famous? Surely he was the lutist who knew how to combine the best sounding results to the greater perfection in workmanship and elegance. The instrument made at his shop, in Piazza S. Domenico in Cremona, was quite different to the modern one (as commonly used from 1830 onwards). It differed in some important details like the handle, which was shorter, the vibrating string accordingly shorter, the chain or bar inside the box was slightly different, the bridge was of a different design and of lower height. All this gave the instrument a particular sound, ready and velvety, definitely seductive and of great charm, but without the power and vigor of the modern instruments, designed specifically to be heard in the theaters and the concert halls.

The present recording hopes to shed light on the musical environment in Cremona, between the seventeenth and eighteenth century, focusing on the authors of violin music contemporary to the master, proceeding with philological criteria, using original instruments and following the rules of the Baroque playing practice. These musicians, virtually unknown to the public of today, but very well known and respected in Cremona at that time, were probably the main protagonists of positive exchanges of ideas and advice with the great lutists of that time. Even today, as it is the case in the modern lutist workshops, the exchange of ideas and recommendations between musicians and instrument makers is the basis of the professional growth of both.
(from a presentation by Marcello Villa)

The CD contains three Sonate Concertate for Church and Chamber by Tarquinio Merula (1595-1665), an Aria by Anonymous of the seventeenth century, two Balletti by Carlo Piazzi (1645-1709), two Sonatas and a Prelude by Gasparo Visconti (1683-1731), two Sonatas by Andrea Zani (1686-1757) and, finally, a Sonata by Carlo Zuccari (1704-1792).
The execution is entrusted to the violinist Andrea Rognoni accompanied by the Ensemble L'Aura Soave of Cremona. The audio recording is particularly accurate through the use of two well-known Neumann U47 and KM145 microphones.

More in this category: Next »

You are here:Home»BLOG»CD & Liquid Music»MV Cremona»The Instrumental Music at the time of Stradivari in Cremona