Danilo Rossi and Stefano Bezziccheri together for Brahms 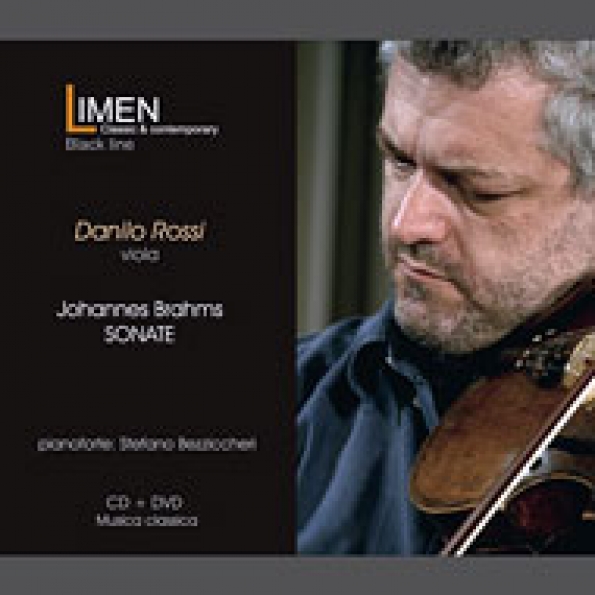 The Sonata No.1 in F minor and the Sonata No.2 Op.120 in E flat Major by Johannes Brahms as proposed in the interpretation of Danilo Rossi (viola) and Stefano Bezziccheri (piano).

When he wrote the two Sonatas for clarinet and piano Op.120, in the summer of 1894, Johannes Brahms (1833-1897) had just reached the threshold of sixty years. Although he wasn'nt that old, Brahms had already retired since seven years. His public musical career was over in 1887 with the Double Concert for violin and cello, written as a metaphor of the long journey of himself and his great friend of his youth, Joseph Joachim. After this last work, Brahms didn't stop writing music, but his spiritual horizons were completely changed. The warrior thought it was time to lay down his weapons, although not even a man suffering from senile fixations, like him, could feel really old at fifty. The list of masterpieces of chamber music written in the nineties is the most eloquent proof of the elusive nature of his retreat from the world.

One after another, came out the Trio, the Quintet in B minor Op.115 and the two Sonatas for clarinet Op.120. Brahms, however, trascribed for viola, a few months later, the part for Clarinet of the Sonatas, thus putting on the same floor two instruments very similar for expressive character and texture of voice. The two works reveal a modern vision of the musical form, despite the classic look of the overall structure. The movements, thought in the traditional forms of the sonata, express a nervous sensation of mobility, very far from the sensation of an academic language. But there is also room, in the Sonatas, for the melancholy beauty of the music: each of them display a particular character, more passionate the first in F minor, more reflective the second in E flat Major.

In the latter two works of chamber music, Brahms takes leave permanently from the classical world in which he grew up, closing the second Sonata with a simple and poignant final movement in the form of theme and variations, as to leave his long goodbye to his life's music with a smile.
(from a presentation by Oreste Bossini)

This box contains a CD and a DVD video with the recording of the two Sonatas for viola and piano Op.120 by Johannes Brahms, performed by Danilo Rossi, principal violist of the Orchestra of Teatro alla Scala in Milan, on a Maggini viola of 1600, and by Stefano Bezziccheri, winner of several national and international contests and currently teaching at the Conservatorio "Martini" in Bologna.

More in this category: Next »